Providing Community Defense for Over 60 Years

Thanks to their seasoned experience and impressive accomplishments, Ronald A. Ziff and Abby Besser Klein have developed a reputation in Southern California for winning the most difficult of Los Angeles criminal defense cases. 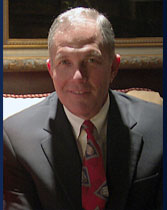 Considered one of the top California criminal defense attorneys in the Southern California and Los Angeles vicinity, Ronald A. Ziff routinely exhibits his passion for tackling difficult cases. His exceptional courtroom presence and savvy negotiating skills are in high demand all around Los Angeles. Ronald Ziff’s California criminal defense services are requested by both defendants and fellow lawyers alike. Don’t be misled by Ron’s patient personality; Mr. Ziff knows exactly when to move. 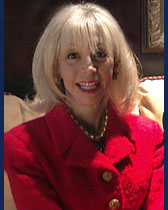 Ms. Klein is a California appellate attorney who doesn’t settle for less. Her talents have been proven in many high-profile cases, including Twilight Zone and Rodney King. For over three decades, Abby Klein has secured favorable outcomes for felony convictions, including manslaughter, murder, espionage, spousal abuse, and a host of other federal and California state charges.

At the Law Offices of Ronald A. Ziff, we take a hands-on, personal approach with our clients. Your case will be handled by Los Angeles criminal defense attorney, Ronald Ziff, or California criminal appellate attorney, Abby Klein—not handed down to an associate attorney with less experience. The firm’s outstanding philosophy, combined with individual client care, is reflected in the positive results consistently earned.